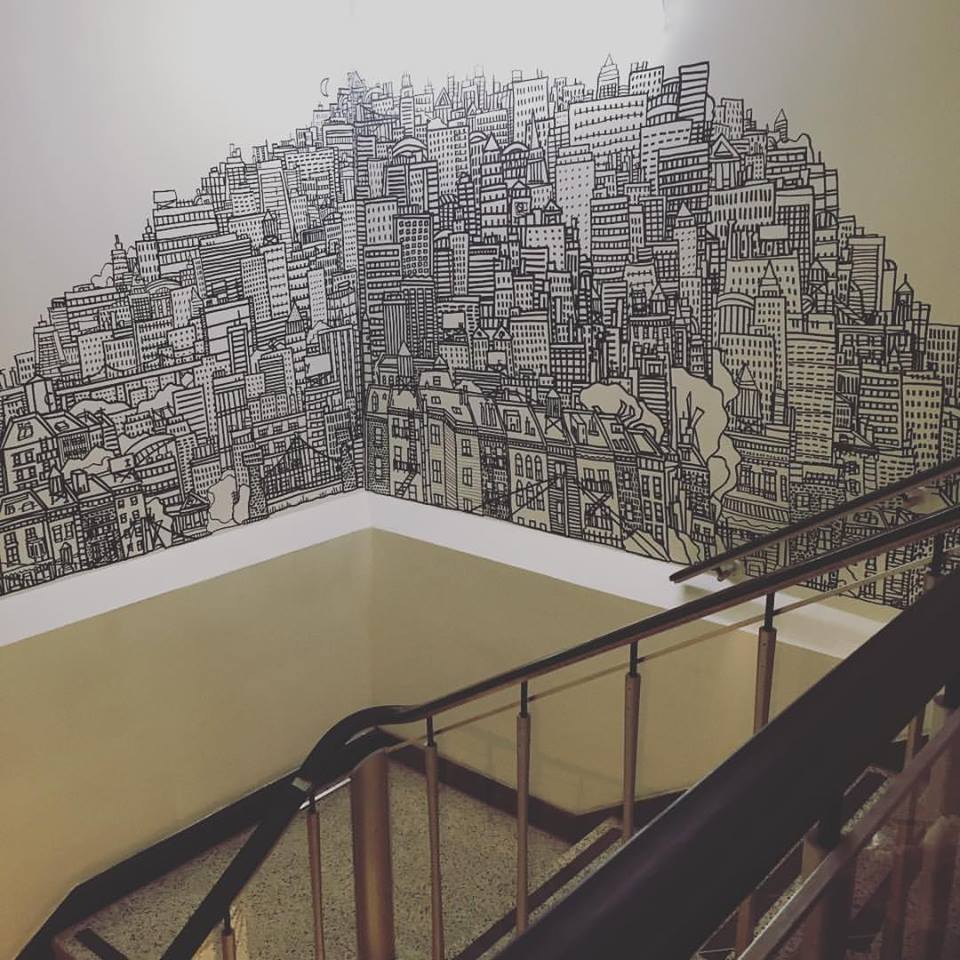 The first was inspired by John Rechy’s novel City of Night.

In an artistic nod to gay culture that historically thrived after sundown, the hand-painted cityscape captures details of urban life inspired by the architecture and scenes of Philadelphia. The title refers to an underground novel written in 1963 by John Rechy, considered quite scandalous at the time, which told the story of a young gay man making his living on the streets of New York. Borrowing from the idea of man verses metropolis, the mural examines the intricacies of city life with a focus on windows and rooftops, places from which we may watch and also be seen. The stairwell location creates a space with unique angles that both descend and rise, and is symbolic of the hidden reaches once described in Rechy’s novel almost 60 years earlier.
“And I see: Dominating the skyline, at the top of a tall building, a giant searchlight scanning the city,” Rechy wrote. “It glides eerily, swirls over the black water. It floats, soars above the skyline, encircles the nightcity. And crazily excited I wonder suddenly if that spotlight swirling nightly is not trying somehow to embrace it all—to embrace that fusion of savage contradictions within this legend called America.”