My 1980s-inspired series is almost complete! I’ve finished 80 small drawings (5×7 inches each) and I’m now working on a few larger pieces, all of which will be included in a special exhibition later this year.

Here are some samples: 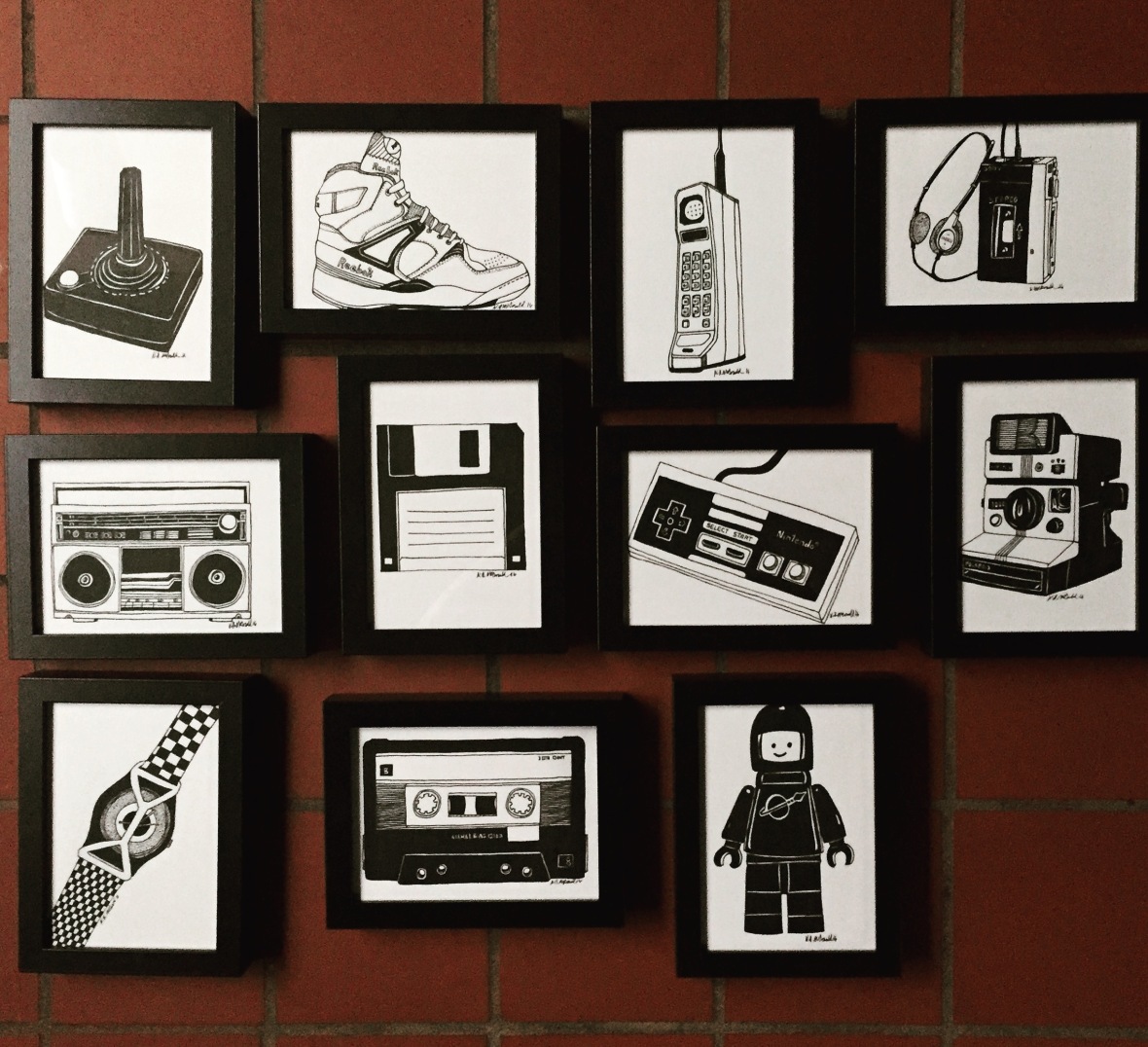 As I’ve been researching and drawing each of these by hand, I’ve also been selling select illustrations (often in small groups) to help fund the project. If you’d like to special order one or a series of your own (like fashion, music or gaming-inspired art), please contact me directly. And if there’s something you’d like to special order (like a favorite accessory, toy or cassette tape), I happily take requests.

The series currently includes (but is not limited to):